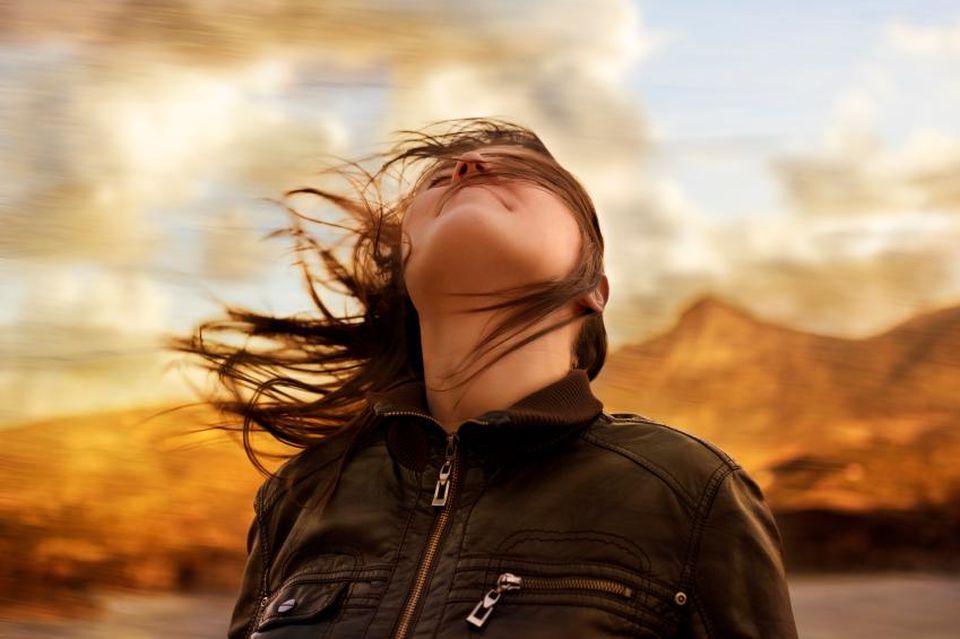 Negative thinking is a bad habit that we do automatically, without giving it a second thought. By the time you are aware that you are thinking negatively, you have already engaged your neurological network, signaling your brain to release more chemicals, generating a feeling. You are placed into a cycle of negative thinking that feels like it is beyond your control. You struggle and become frustrated because, as hard as you try, you can’t seem to master your mind.

Mastering your mind simply means keeping track of the thoughts you are thinking. Thoughts that are subconscious might feel as though they come naturally. What you don’t realize, however, is that these thoughts attach to other thoughts that have no relevance except the relevance and meaning that you have attributed to them from your past. Remember–subconscious thoughts, feelings and reactions are past memories. They come up when we are “triggered,” believing that what is happening is true, when, in fact, it is simply your subconscious mind doing its job. The job of your subconscious mind was to take in information, download it and keep you “safe.” Now, it’s no longer keeping you safe, as you are living a life you have outgrown. This is why we must work to change our minds.

There is something that is more powerful than the subconscious mind. This additive actually feeds the subconscious mind and supercharges it. What is this supercharged additive? FEELINGS. Feelings are not “right” or “wrong,” but they can convince you that someone is doing something to you or that something is happening when it clearly is not. Feelings create your perception because what you feel to be true is what you see. What you perceive becomes your reality.

Here is an example of that happening:

My client, Nancy, called me to help her sort out issues with her love life. She had recently been dating someone, Brad, with whom she had fallen in love. Things were great with Brad. He was attentive, consistent, and demonstrative with her. All the things that she had imagined her boyfriend would be, he was. She felt that she had achieved manifesting the man of her dreams. The problem was that, no matter how hard she tried, her mind would always revert back to thinking that Brad was cheating on her. If he didn’t text or call her throughout the day, she struggled not to conjure in her mind a vision of him with another woman.

This brought up her insecurities, which she had never worked through. These thoughts caused her brain to release chemicals that stressed her out. These signals were sent back and forth from her nervous system to her brain. The stress that she felt brought on more feelings of being worthless, which, in her subconscious mind, was an association to being cheated on. She thought that being cheated on was a reflection of her intrinsic value.

Nancy had taken on the idea that someone cheating on her was her fault, from childhood messages she had received. Her father had cheated on her mother, leaving her mother to raise Nancy and her sister by herself. Once, in a fit of rage, her mother had told her that it was her fault that her father left. This pain cut deeply, and the scar remained. Each time Nancy was in a relationship, she picked at the scar. As it bled, she believed that the cheating was her fault.

Nancy had a habit of picking men who cheated on her as she repeated the pattern that she believed was hers. But it wasn’t her pattern. It was a statement that her mother, through her own anger, force fed her daughter. It became a pattern through her subconscious minds acceptance. Parents will often release energy (in this case anger and resentment) through their use of words on their very impressionable children. Nancy’s father left the family when she was five years old. She was still in the very formative, impressionable and hypnotic theta brain wave state. When a parent experiences trauma, they can unknowingly pass this on to their children, as children “feel” everything. Although in reality, Nancy was not the cause of her father leaving, she believed that this was her fault. She continually repeated the same relationship patterns based on a faulty belief that she had about her value and worth, instilled in her from a very harsh statement by her mother that had been uttered in a time of great distress.

I asked Nancy what she was feeling when Brad didn’t text her throughout the day. She told me that she felt abandoned and fearful that he had found someone better.

“Better than what?” I asked her.

“Better than me,” she replied

“What is better than you?” I asked.

“Pretty much anything,” she replied.

And there we had it — the red herring! Her statement and view of herself was negatively over- indulgent, just as her habits of killing her relationships were.

Nancy’s idea that anyone and anything was better than she was surprised even Nancy. She had been holding onto the feelings that she was not good enough, that she could never be enough for anyone to love, and that she was not lovable. In her mind, if she had been all of these things, her father would never have left her mom. It was all her fault.

If a man did love her, Nancy would make sure that they didn’t love her for long. An available man who was present for her would always find a way to get out of the relationship because Nancy would smother him with her suspicions and unquenchable needs for attention.

I told Nancy that her relationships failed unknowingly by her own hand, based on her subconscious mind repeating what she had been told. Her conscious mind was desperately trying to find a solution so that she could fully love. Her subconscious mind was operating beneath her conscious thinking. Because it operates on autopilot, we needed to either get to the root or the problem, or raise her consciousness. Habits can be nasty little suckers, but we have the power to cause them to disappear. We can replace them with positive thoughts and feelings. We simply need to have the desire. Desire is a flame that we light. It awakens our darkness. We can use it to burn up the old written “memos” in our subconscious mind, or we can burn down the whole damn house. Exactly how you use your flame is important.

Nancy decided to use focused meditation and prayer, as that felt natural to her. During her mediation, she saw a young girl alone on a street corner, in the grey darkness of night, a single streetlamp lit above her, standing in the rain, crying, alone and lost. She approached the girl, who retreated from her. Nancy had found her inner child. Nancy told me that the child was so broken that she didn’t even want her own creator (Nancy) to touch her. So Nancy sat down on the cold, wet sidewalk in the rain and would not leave until the child would look at her.

Slowly, her inner child began to speak to her in a whisper. She told Nancy that she was here because no one wanted her. She was worthless and would always be hated and would never be loved because she was an empty nothing. She was not enough, no matter how hard she tried, and that is why her father left her mother. On top of that, she had let her mother and sister down. Behind her inner child were stacks of fairytale books. Her inner child had retreated into a creative dream world through books and imagination. Nancy’s imagination had saved her then, and it was saving her now.

Nancy is a very highly sought after interior designer and creates spaces in which others can live beautiful lives. But Nancy herself had remained in the cold, dark prison of her mind. Night after night, she visited with her inner child and talked to her as if this child was her own daughter (which, in a sense, she is). Eventually, the child sat in Nancy’s lap, and Nancy was able to comfort her and love her. She shed tears “that could have filled the Nile” she told me, but she would not let her inner child go. After that night, Nancy was able to take the child home. Nancy never blamed her mother. She knew that her father leaving had broken her mother. Instead, she realized that if she had the power to believe what she was told as a child, she also had the power to change that belief.

Nancy took her time in designing her new life. Being an interior designer, she used photos and fabrics that caused her to feel a specific way — loved, cherished, warm, young, free, childlike, sexy and blessed with the love of her life and living a life she loved. What she didn’t realize was that as she created the feeling, she was shifting her perceptions about herself, her relationships and her life. Once she completed her design, she blessed it in mediation and prayer and let it go. “It was done,” she told me. She told me that she felt she had completed a life task. She overcame herself.

Nancy and Brad married three months later. Nancy visits her mom often and gives her the love and nurturing that her mother felt had abandoned her when her father left her. Her mother told her that, although Nancy’s father did leave her, he left her with the greatest gift– Nancy. Perception is reality. Change your thoughts and feelings, and you will change your life.

Positive thinking gets a bad rap, and sometimes for good reason. It is not only your thinking– it is what you feel that creates a state of “being.” The more we love, the more we heal and the more our outer world reflects back and heals us. We have the power to see things differently, to love more, and to change the world and those around us. We just need to get out of our own way. 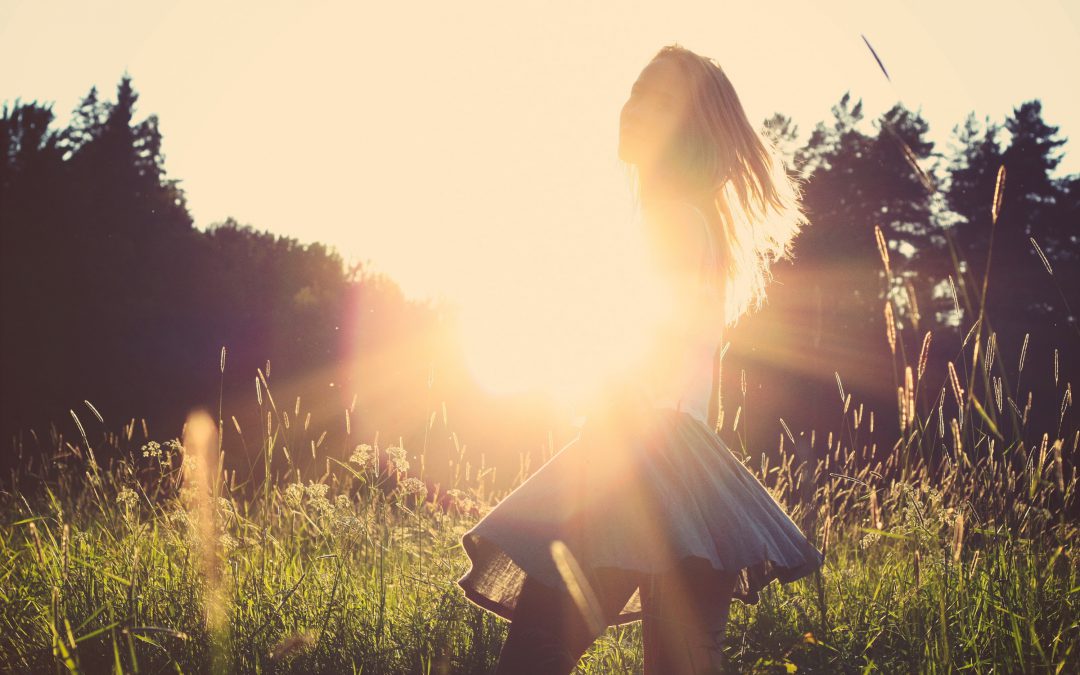 Pt. 2 Recognizing Your Emotional Patterns – How Does It Make You Feel? 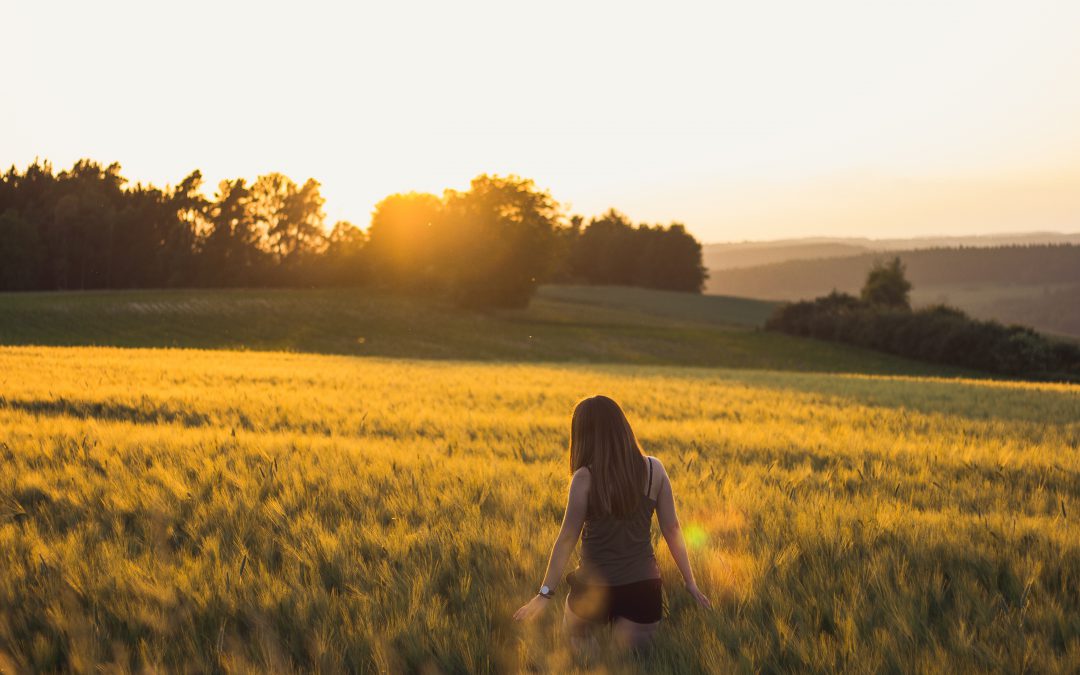 How Does It Make You Feel? Recognizing Your Emotional Patterns 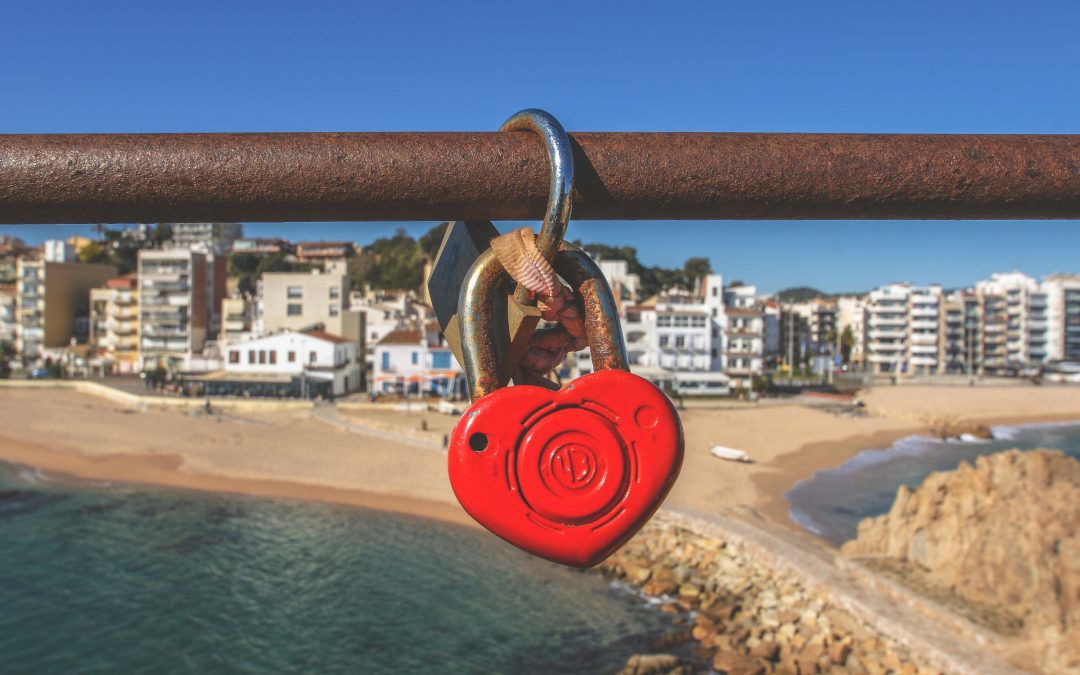